[Sticky] Overview and History of Badminton

Badminton - an overview and history of the sport

Badminton is a recreational and competitive game played in singles (two opposing players) and doubles (two opposing pairs) formats. The aim of the game is to win points by hitting a shuttlecock across the net and into your opponent's court forcing your opponent to make an error and be unable to return the shuttlecock back. The lightness of the racket and the shape of the shuttlecock mean that it is a very fast game requiring good reactions and speed around the court. 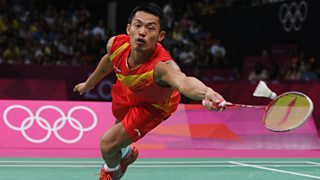 In all competitive games of badminton, a net splits the court in half and each individual or pair defends their selected area of the court. To successfully play a game, the following must occur:

In badminton, points are scored regardless of who is serving.

The beginnings of badminton can be traced to the mid-1800s, where it was created by British military officers stationed in British India. Originally called 'battledore' rather than badminton, its use of a shuttlecock, rather than a ball, has remained constant over the years.

Like most of the racket sports, badminton in England was played by the upper classes. However, rather than the athletic game we see today, it was a simple rally competition where players would try to hit the shuttlecock as many times as possible without it hitting the ground.

The sport of badminton underwent its first significant change in the 1800s when British army officers in India introduced a net and court. The game was brought back to England by retired officers and played at the Duke of Beaufort's home, Badminton House in Gloucestershire. From that point onwards the game became known as badminton. 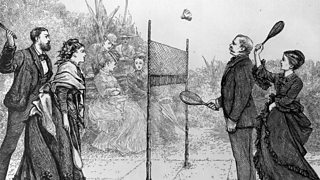 Since 1992, badminton has been an Olympic sport.